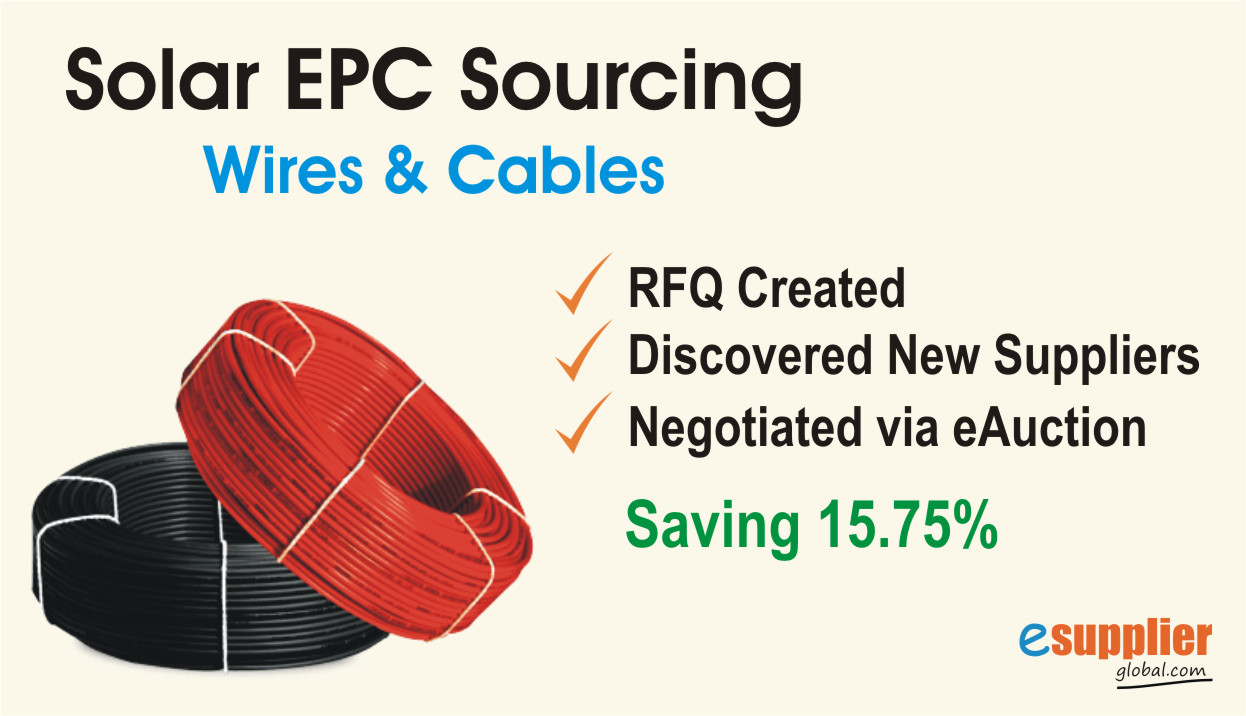 Solar EPC Business is highly competitive industry, sourcing is an important area where companies can generate savings, specification based sourcing allows buyers wider choice of manufacturers with whom they can buy from rather that pre-specified fixed brand base procurement.

Our client who is a global EPC company based out of California having Solar PV project spread across  Africa Middle East and Asia, uses our eSourcing & eNegotiation tools  which allows procurement teams to source smart and fast allowing them to generate considerable savings on raw material purchased.

In one of their 7.5MW PV Solar EPC project for Middle East they wanted to buy 3.3kV 1Cx400 sq.mm DC Power Cable and had clear defined specifications.

They had received quote from two suppliers based in Europe, the European prices were higher and shipping the material from Europe to Middle East was time taking and costly affair.

The Buyer decided to conduct a full scale sourcing cycle which would allow them connecting and getting quote from other reputed manufacturers or Suppliers in Middle East. The RFQ was released on eSupplier.com and they enabled our Auto supplier discovery feature which allowed them to find additional 4 new manufacturers who matched their required specifications and had history of supplying  high quality cables to various solar PV project globally.

Once the four new supplier’s were approved by their technical team, procurement team decided to negotiate via reverse eAuction and invited all four newly discovered supplier along with additional two prior European discovered suppliers, all the six suppliers fought to win the cable business which was approx around USD 120K and during reverse bidding the final L1 price settled was at 100K, thus saving net USD 20000 with minimum negotiation time and in transparent way.